Reprinted from the Spring 2016 issue of PMEA News, the state journal of the Pennsylvania Music Educators Association. 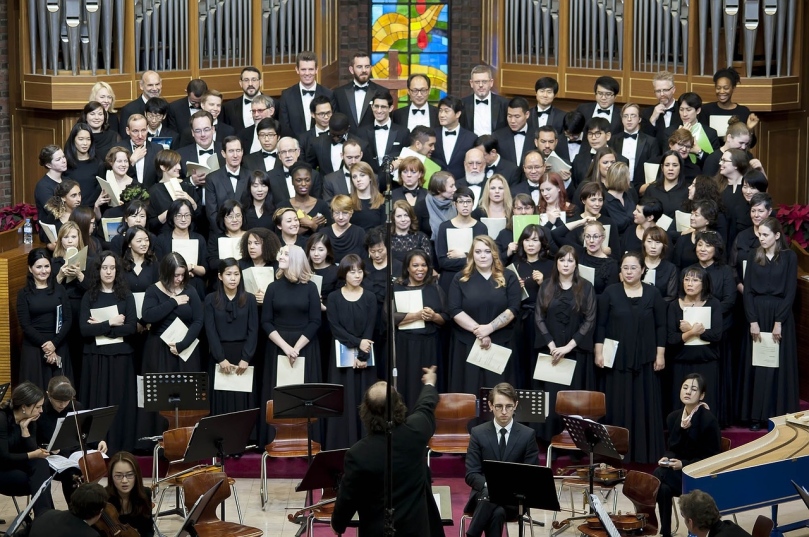 Isn’t the Internet a wonderful place to validate something you have always known? After only a brief Google search, the research seems overwhelming! Here are my top five reasons all of us should participate in a choir… throughout our adult lives!

If you’ve ever been in a choir, you’ve probably been told that the proper way to sing is from your belly.

The idea is to use your diaphragm – the large muscle that separates your chest and abdominal cavities – to push air out through your vocal cords.

Using your diaphragm to sing is a good way to promote a healthy lymphatic system, which in turn promotes a healthy immune system.

As the popularity of group singing grows, science has been hard at work trying to explain why it has such a calming yet energizing effect on people. What researchers are beginning to discover is that singing is like an infusion of the perfect tranquilizer, the kind that both soothes your nerves and elevates your spirits.

Group singing is cheaper than therapy, healthier than drinking, and certainly more fun than working out.  It is the one thing in life where feeling better is pretty much guaranteed.

Regular exercising of the vocal cords can even prolong life, according to research done by leading vocal coach and singer Helen Astrid, from The Helen Astrid Singing Academy in London. “It’s a great way to keep in shape because you are exercising your lungs and heart.”

Singing… helps you live longer according to the findings of a joint Harvard and Yale study, which showed that choral singing increased the life expectancy of the population of New Haven, Connecticut. The report concluded that this was because singing promoted both a healthy heart and an enhanced mental state.

Colette Hiller, director of Sing The Nation, is convinced that singing builds social confidence by helping individuals connect to each other, and to their environment. “Think of a football stadium with everyone singing,” she says. “There’s an excitement, you feel part of it, singing bonds people and always has done. There’s a ‘goosebumpy’ feeling of connection.”

Chorus America, an organization of singing groups in the United States of America, conducted a survey a few years ago, and found that more people in the U.S. and Canada take part in choral singing more than in any other performing art, since they feel that singing in a chorus builds social confidence. Nikki Slade, who runs The Priory, a chanting and voice-work class, believes that the benefits of singing are linked to the primacy and power of the human voice – and that it is our basic instinct to use it. “People are naturally free and expressive,” she says, “but it’s something that has been lost on a day-to-day basis.” Singing can help restore that lost connection.

Studies have linked singing with a lower heart rate, decreased blood pressure, and reduced stress, according to Patricia Preston-Roberts, a board-certified music therapist in New York City. She uses song to help patients who suffer from a variety of psychological and physiological conditions.

“Some people who have been traumatized often want to leave the physical body, and using the voice helps ground them to their bodies,” Preston-Roberts says. “Singing also seems to block a lot of the neural pathways that pain travels through.”

Singing, particularly in a chorus, seems to benefit the elderly particularly well. As part of a three-year study examining how singing affects the health of those 55 and older, a Senior Singers Chorale was formed by the Levine School of Music in Washington, D.C.

Okay, besides that crack about “elderly” in that last article (we’re not “old,” yet!), the evidence seems conclusive! For our general health, feelings of well-being, improved social connections, and “just having fun,” we should all be motivated TODAY to go out and find a community choir and start singing regularly in a group. Enough said?

Similar to the “nearly comprehensive” instrumental ensemble listing published by PMEA retired members in the Fall 2015 issue of PMEA News, check out the recently released directory of Pennsylvania community choruses.  Sorted by ensemble’s name and also by location, these files of PA community bands/orchestras and choirs will be updated (new groups added) from time to time, and new revisions will be posted online under “focus areas” and “retired members” of the PMEA website: http://www.pmea.net/retired-members/. (If you have any corrections or additions, please send them to paulkfox.usc@gmail.com.)

Now, what are you waiting for? Go out and… sing!

One thought on “Sing Your Heart Out… Now and in Retirement”