Sharing the thoughts of others on inspiring innovation, ingenuity, divergent thinking, and creative self-expression in the schools is my lifelong mission. I place this perspective at the top of the critical “big four list” for satisfying  “the real purpose of education” – personal discovery, self-improvement, and developing the building blocks for success and happiness in life:

Even though I am now retired, my “mind energizing” routine every morning is to take several moments to “surf the net,” looking for interesting articles on the subject of cultivating creativity in education. A typical online journey might include “waking up” with the following progression (but, this is NOT a fixed script, since this is all about becoming more self-aware and practicing  the skills of inventiveness, personal initiative, and flexibility – openness to new and diverse perspectives).

As a non-casual observer of most traditional instruction in the schools, I note that teachers are generally very well trained at facilitating in their classes the “left-brain” attributes of speech, language, writing, linear and sequential thinking, understanding of symbols, and logical progression. They focus more on the final product – not the process, laws and rules – not ambiguity, convergent (one-answer-only) thinking – not open-ended questioning, and summative – not formative assessments. Of course, mastery of reading comprehension, writing skills, vocabulary, and understanding of mathematical expressions are essential for a “good education,” but to make the learning authentic and personalized, the habits of creative self-expression, adaptability, self-direction, and intrinsic motivation are equal in importance. And, to the main point of my thesis, this “equality” should not be relegated to the high school students’ enrollment in an “optional” arts elective or two!

Throughout my research in nurturing one’s creative inner self and nourishing more of the “right brain” attributes (divergent and holistic thinking, spontaneity, intuition, artistic expression, etc.) into every day life, these five terms/concepts keep coming up:

To glean a new perspective for prioritizing “originality” in school and in life, let’s peruse a few online expert’s “lessons in creativity.” (The following just lists the lessons; you need take the time to read the authors’ entire articles to gain full understanding.) 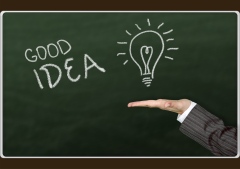 As soon as I posted these wonderful resources, several new ones popped up. Also, please look up the following:

These is just a gourmet sampling of what’s out there. You should venture out on your own expedition… there is a lot of material to review, at least on the rationale of creativity in education, if not the “how to” of bringing it into the classroom. That’s the next step… fodder for future articles. Happy hunting!

Other Blogs on Creativity in Education at This Site 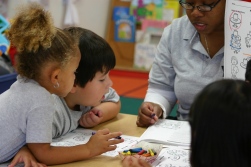 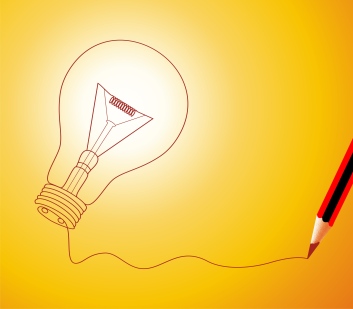 My Perspective and a Little Rehash on Creativity

Since June 2013 when I retired, I have looked back fondly to an exciting 35-year career in public school teaching, examining the purpose and impact of teaching music education to literally thousands of students. Being assigned to band/choral/orchestra ensembles, music theory and general music classes, as well as directing extracurricular chamber groups, plays, and musicals, I willingly embraced that hectic 24/7 schedule to have access to (and hopefully “inspire” creative self-expression in) my kids before, during and after school hours. Yes, we had musicians, singers, actors, and dancers who chose for themselves a career in the arts, and even more who entered into the noble quest of “giving back” by seeking employment as music educators. However, the largest majority of those students who studied with me went on to non-musical careers.

So, in reflection, was all of this worth it?

Sure it was, but not just to master the course content or complete so many concerts, theater productions, or music lessons. At this point, I have come to peace knowing that the main purpose of my job was to somehow motivate, engage, encourage, guide, and facilitate my students to realize their own success in creativity and self-expression… hopefully to last a lifetime.

Remember, in education, it is the “process” that truly matters, not solely the “product.”

“Creativity is as important as literacy”- Ken Robinson 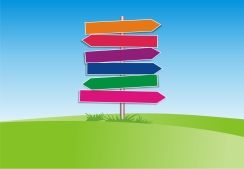 Two years ago, I wrote a three-part series on the critical need, rationale of, and techniques for developing skills in teaching creativity as well as teaching more creatively. I based my compilations on the February 2013 issue “Creativity Now!” of the ASCD Educational Leadership magazine, and passed on the research and insight of creativity experts, self-expression advocates, and/or self-proclaimed ”right-brain” educational gurus Ronald Beghetto, Dr. Curtis Bonk, Eric Booth, Susan Brookhart, Roger von Oech, Daniel Pink, Sir Ken Robinson, and Robert and Michele Root-Bernstein.

With 2016 about to make its grand entrance, where are we now with creativity in the public schools? In Pennsylvania, the writing of meaningful and extensive “scope and sequence” creativity curriculum, and its implementation of essential questions, lesson targets, and pedagogy, still take a backseat to the highly politicized Common (and much more limited) Core subjects and standardized achievement tests, which the latter, in my opinion, measures very little of an individual’s potential for success. To this day, a focus on “Whole Child” and “customized learning” priorities remains to be lacking throughout the country. We need to “take action,” mandate further research, and propose teaching creativity as an art and a science, all along bringing the necessary courage and vision to make significant changes in our educational systems.

Thinking “Outside the Box” 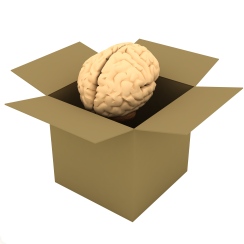 The continued fixation on “error-free” convergent thinking, a priority of the one-answer-only mentality, baffles me. 1+1+1 does not always equal three. I can give you at least two alternative answers: 11 or 1 (the sum in a binary system for the former and the result of drawing the Roman numeral “I” with one vertical line and two horizontal lines for the latter). This is an example of divergent thinking (“process or method used to generate creative ideas by exploring many possible solutions”), and sits at the top of the charts for higher order of thinking skills (HOTS) and depth of knowledge (DOK). Use of divergent thinking is much more valued in higher education circles, future employment, and especially research and development in a host of careers from medicine to engineering to technology innovation to consumer markets… probably the foundation of future success in our whole economy.

Review the Literature on Creativity in Education

Are you interested in joining the bandwagon of creativity education advocates? First, review my other three articles and absorb the thoughts of some of our greatest educational innovators. Go to the following links:

Inspiration from… Who Else? Adobe!

Next, take look at the recent research of Adobe, Inc., posted on the company website: http://www.adobe.com/education/creativity-in-education.html. Gathering data by polling educated professionals (2012), educators and parents (2013), and hiring managers (2014), the crucial role of creativity in education was illustrated.

Based on a survey taken in early 2013, Adobe published the following findings:

According to Adobe, the top two reasons educators struggle to incorporate creativity into the classroom in the United States are lack of resources (56% of the survey responses) and the current education system doesn’t value creativity (54%).

In addition, Adobe reported that the top 3 most important steps to promote and foster creativity in education (in the U.S.) are the following:

In another study sponsored by Adobe (2012), several key headlines were released:

Finally, from July through August 2014, Adobe sampled HR administrators’ attitudes and beliefs about the skills required for success in the workplace of tomorrow. In its report “Seeking Creative Candidates: Hiring for the Future,” Adobe summarized with the following: 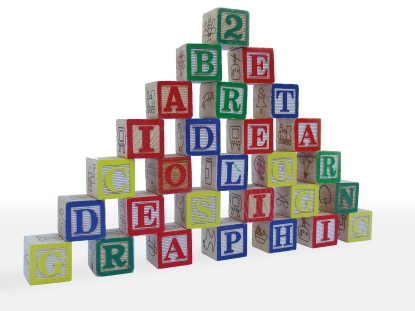 My next blog on the subject of creativity in education will explore additional resources, including new websites and books on the subjects of innovation, ingenuity, originality, and self-expression released over the last several years.